Fighting Parkinson’s, and the Seattle workshop was incredible!

As you know, on Saturday, December 1, 2012, I began taking my Parkinson’s Recipe for Recovery™ on the road. The first venue was Seattle, WA, and the day was absolutely incredible! Imagine: 28 of us, some with Parkinson’s, some of their spouses and partners, one of my daughters, a few alternative health practitioners, some from Seattle and some from Canada, all in one place with one purpose…Parkinson’s recovery.

There were so many memorable moments. I would like to share a few. Bailey is a wonderful artist and she helped me put together my manual. When she got up to share her Parkinson’s recovery story with the group, at the moment when she held out her arm to show that all that remained of her Parkinson’s symptoms was a minor tremor in her hand, her hand was still…no tremor. She let us know it would be back, and when I had lunch with she and her husband David the next day, it was back. However, in that amazing moment at the workshop, to her surprise more than ours, she had her moment of peace.

When we sat zazen for 5 minutes so people could get a feel for it, Dean and Dudley had brought their flute and harp and played beautiful music to soothe us all and enhance our meditation.

And, after going through the Parkinson’s Recipe for Recovery™ Manual and how to best use it, when I stood up and said, “let me begin by showing you how to do Medical Qigong for the Liver,” everybody stood. It was a unified, resounding feeling that spoke to me. It said, “we are doers..we are ready…we want recovery…we know we can do it, so let’s get started!” And we did. For the next three hours (yes, with breaks) we practiced the Recipe, discussed it’s nuances, answered questions, shared ideas, and modified the Recipe when necessary so that each and every person left the workshop knowing they could do the Recipe and recovery was theirs for the taking.

Mostly everybody was there at the end (some had other commitments and had to leave early). I asked the group if it would be okay if I took pictures with any of them so I could share them with all of you. Somebody said, how about a group shot for those who were interested. Here is the group shot of those of us who hadn’t made it out the door yet: 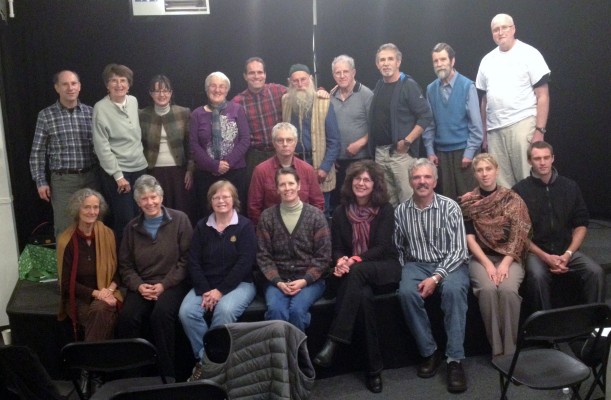 The Seattle group was a group of people not afraid of their Parkinson’s. The Seattle group inspired me. They were people filled with courage and hope and faith and gratitude and love and compassion.

The Seattle workshop was incredible…absolutely incredible.

At the end of Saturday, everybody at the Seattle workshop had hope, real, genuine hope, that Parkinson’s recovery is attainable…and every one of them left the workshop armed with the tools to stay on their path toward recovery with the Parkinson’s Recipe for Recovery™ and with the firm conviction to not leave that path until they are fully recovered. They know they are worth it!

19 Responses to Fighting Parkinson’s, and the Seattle workshop was incredible!