Fighting Parkinson’s, and the Santa Fe Workshop was magical!

As you know, on Saturday, June 29, 2013, I had my seventh workshop in taking my Parkinson’s Recipe for Recovery™ on the road. This sixth venue of 2013 was Santa Fe, NM, and the day was absolutely magical! Imagine: 12 of us, some with Parkinson’s, some of their spouses and partners and friends, and Marie (who fully recovered from Parkinson’s), all in one place with one purpose…Parkinson’s recovery.

The room was alive with Parkinson’s recovery. It was magical. We shared stories and ideas, and Marie was able to reiterate the important points of her recovery…she explained her commitment to herself, her health, and the Recipe. For those of you new to the blog or unfamiliar with Marie, she fully recovered from Parkinson’s in November of 2011. Click here to read more about her recovery.

At the end of the day, there was a sense about the room that we had become our own support group.

We did not have somebody outside of the workshop to take a picture. I am presenting two pictures so everybody, including the picture-taker of each picture, can be shown here (Marie is next to me on the far right). 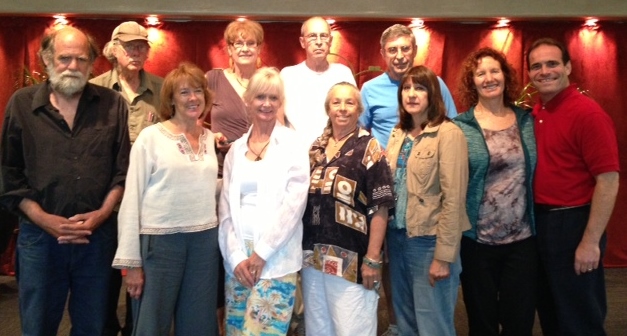 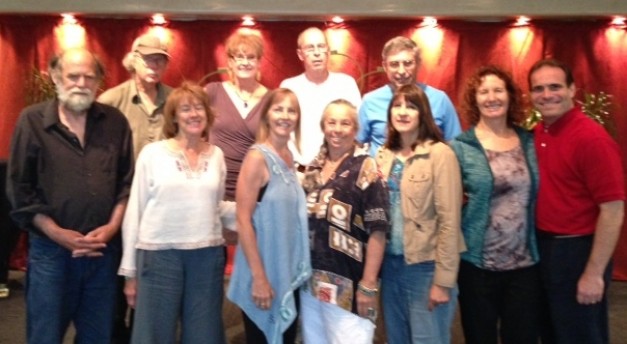 The Santa Fe group was a group of people not afraid of their Parkinson’s. They inspired me. They were people filled with courage and hope and faith and spirituality and gratitude and love and compassion. And, now, they knew they were not alone.

The following day, I went to spend the afternoon with Marie and her partner, a wonderful gentleman. She made a delicious lunch, and the three of us chatted for three hours without leaving the kitchen table. It was like being with two old friends, the three of us just talking about life. There was a lot of love in Marie’s kitchen on Sunday, and I promised to bring Sally with me the next time so the four of us can be together.

Although Marie first contacted me in January of 2011, Saturday, June 29, 2013, two and one-half years later, was the first time we met in person. For me, it was the beginning of the magic of Saturday’s workshop (she came an hour early and help me set up). To be in the presence of one of the two other people who fully recovered using the Recipe truly was magical.

Here is a picture of Marie and me in one of her gardens from our Sunday visit: 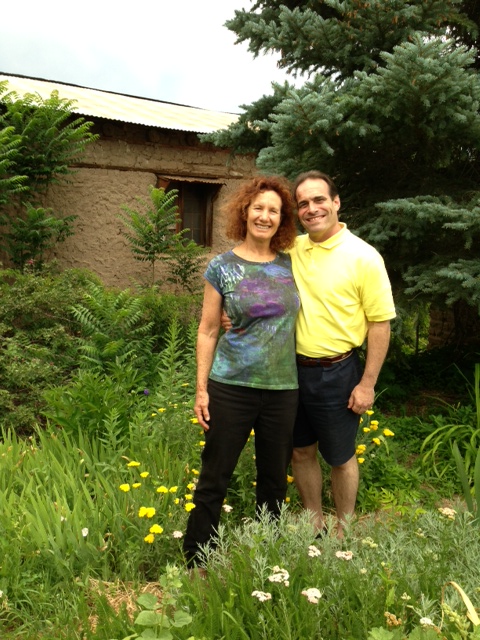 Before I left, Marie shared with me something she had been told in a seminar many years ago. The instructor explained that fear is a prayer. If you live in fear, it is like praying for everything you fear to come true. I thought “how powerful is that!” Then, with some hugs and love and smiles, we said, “see you again soon.”

It was quite a weekend for me.

The people at the Santa Fe workshop finished the day believing in their Parkinson’s recovery. They felt it, and then they knew it. Please take inspiration from this group and feel it, then know it…and then be it!

You are worth it!

NOTE: My next workshop will be in Boston on July 27, 2013. I will post the location details by the end of the week.

10 Responses to Fighting Parkinson’s, and the Santa Fe Workshop was magical!