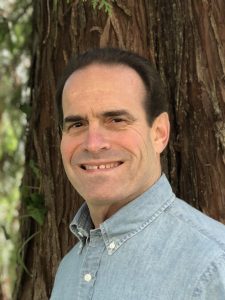 Welcome. I am Howard Shifke. Here’s a little bit about me.

Over the years, I have studied many holistic healing modalities, including Traditional Chinese Medicine, Qigong, Acupressure, Soul, Mind, Body Medicine, Jin Shin Jyutsu, and many meditation techniques. As a result of these healing modalities being successful with health concerns of my family and friends over the years, I grew to have great confidence and faith in their ability to cure disease.

In September of 2009, I realized that I probably had Parkinson’s Disease. My mother had Parkinson’s for 24 years before she died, and I was pretty much certain I had it. I started getting internal tremors and when I looked them up on the internet, each site was about Parkinson’s. After going to multiple web sites all of which listed Parkinson’s symptoms, it was impossible for me to deny that I had every symptom on every list from every site. On November 5, 2009, I received my Parkinson’s diagnosis from my neurologist, a Parkinson’s specialist.

When my Mother got Parkinson’s at age 48, young onset Parkinson’s was not common. She was misdiagnosed and given medications for a few different diseases prior to being diagnosed with Parkinson’s. In fact, it was her positive response to the initial Parkinson’s medications that ultimately resulted in her Parkinson’s diagnosis. She fought a long and valiant fight, but in the end, it seemed like the drugs took their toll and played as much a part in her passing as did the disease itself.

When I received my diagnosis, I was not in denial that I had Parkinson’s. However, I did deny that I had to just accept the disease and that there was nothing I could do to recover. I decided to embrace Parkinson’s from a completely holistic perspective, listen to what my body was telling me, and take responsibility for my recovery.

It is important to begin with my philosophy of Parkinson’s Disease so you can understand why I feel I got it and how I approached getting rid of it. Without this background, much of what I did will make no sense to you.

For about a decade prior to getting Parkinson’s, I had been studying Traditional Chinese Medicine (TCM) and other forms of holistic healing. From a TCM perspective, I learned that three main causes of Parkinson’s are:

1. Qi and Blood Deficiency, which is caused by emotional stress, anger, frustration, and resentment.

2. Phlegm-Fire Agitating Wind, which is caused by dietary considerations such as consumption of too much greasy, fried or sweet foods.

3. Kidney and Liver Wind Deficiency, which is caused by overwork and insufficient rest which unbalances the body’s natural rhythm.

As you can see, in order to believe that these are the causes of Parkinson’s, to an extent, I had to take personal responsibility for having the disease, which leads to taking personal responsibility for recovering from the disease. Yes, there are other factors…my Mother had Parkinson’s for 24 years before she died, I was exposed to numerous environmental factors as were most of us who grew up in the 1960’s and 1970’s, and I ate a tuna fish sandwich for lunch at school every day from grade 1 through 12 (mid-60’s-1979, so I would have to say I have ingested more mercury than most)…these are the things that made me more prone to the disease, but I feel it was the three above-listed factors that allowed the disease to grow inside me for a long time until it reared its ugly head in September of 2009.

A probable advantage I had in my recovery is the undying knowledge that I would get better from this disease. My wife, Sally, knew it, too. We had years of successfully using TCM and other holistic healing for ourselves and our children, so we knew in our hearts or hearts and soul of souls that the body can heal itself.

Here is an example so maybe you can understand better about the body healing itself:

You are 10 years old and you fall and break your arm. Your mother takes you to the doctor. The doctor says, “No problem. I am going to set your arm in place, put a cast on it, and when you come back here for your next visit, I am going to remove the cast and your arm will be better, 100% as good as new.”

Now let’s look at what happens in the healing process:

2. Because you have faith in the doctor, you do not worry that your arm is not going to heal (mind).

Applying this to my Parkinson’s recovery:

1. I had complete faith I would recover (soul).

2. I never, not for one moment, worried that I would not recover (mind).

3. I listened to my body’s signals and messages, and I exercised and ate properly (body).

Okay, I know, I also prayed and meditated, and I was quite miserable for a number of months before I recovered, but I was trying to give a simple example to make a point on a complex topic. Sally and I discussed that someday there was the possibility of having to use a walker or of being in a wheelchair or of being paralyzed. The key point here is that I did not worry about those things because I knew I would recover. Instead of being afraid of them, I accepted that they might be things I would have to experience in order to recover.

The issue of not taking medications is a difficult issue to address. I fought Parkinson’s without medications. Here is my opinion: Parkinson’s is an electrical problem. It is not a chemical imbalance. If it was a chemical imbalance, then chemicals would get it back into balance, and life would be wonderful. However, that is not the case…Parkinson’s is defined loosely as a progressively degenerative disease. The medications help with the symptoms, but they do not help with recovery. It is not believed that one can recover. Therefore, since Parkinson’s is known as “incurable,” why would I take the medications that have been taken for 200 years that have not cured the disease. It made no sense to me. My opinion is that a chemical solution does not work because Parkinson’s is an electrical problem.

At my initial neurologist’s visit where I received my Parkinson’s diagnosis, I learned critical information from the physical tests he gave me. As is typical with Parkinson’s sufferers, the left side of the body and right side of the body do not work in conjunction. As an example, while sitting on the examination table, he had me hold my left arm straight out in front of me and he had me tap my right thigh with my right hand. After a short while of tapping, my left arm became very rigid and then it got a mind all of its own — it started shaking and moving about uncontrollably. Same thing happened when reversing the hands, but not as bad.

I do not believe that the dopamine is depleted or gone. I believe that the body has been working in adrenaline mode and dopamine has taken a back seat, essentially, it has mostly closed the faucet and is not flowing at full capacity. It is why I believe the medications cause Dyskinesia – the body is being given artificial dopamine replacements that are not able to fully assimilate into the system and thus cause uncontrollable movement as opposed to controlled movement.

By listening to my body, talking to my body and examining my electrical impulses, I was able to re-open the dopamine faucet. The result was full recovery with 100% pre-Parkinson’s controlled movement.

In March of 2010, after six months of fighting the disease and a certain amount of frustration in not finding others who wanted to embrace it from a holistic perspective, I started writing my blog to help others and to see if there were others who could help me. My first three months of blog posts focused on what I was going through struggling with the disease as it was happening. I had no idea when I started the blog that three months later I would be symptom free.

On June 12, 2010, I was symptom free from Parkinson’s. On August 5, 2010, my neurologist confirmed that much to his surprise, he could not detect a single Parkinson’s symptom. On December 22, 2011, my neurologist confirmed in my medical records that I did not have Parkinson’s anymore, “This gentleman for 2 examinations in a row does not have signs and symptoms of Parkinson’s disease.” I remain symptom free from Parkinson’s Disease. I have spent my time since recovery updating my blog to continue to help others and answer their questions and concerns. Also, I have been doing one-on-one coaching of Parkinson’s sufferers to help them with the recipe for recovery and to help them keep the faith that they are on the right path.

Fighting Parkinson’s Drug Free shares with you what I did to recover. However, I cannot guarantee that if you do my recipe for recovery, you will recover just as I recovered. Everybody who suffers from Parkinson’s suffers in a different way. If you want to try my recipe for recovery, I recommend you let your doctor know what you are thinking about doing. I am not a doctor, and I am not advocating you do anything that you and your doctor have not discussed.

I would not have been able to fight this disease and recover without the love of my wonderful wife and children, as well as my extended family and friends. I have many blessings in this life, and I feel that Parkinson’s was just a roadblock…not an immoveable object. I hope to inspire and empower you to see it the same way.